Although everything was somewhat late in getting planted this spring, once the warmth was underway on the coast, a bit more enthusiasm was felt for getting out there.  Now that the summer fog has left us for the time being, we are coming into our “Indian summer” and although the harvest is later than usual, it will not be disappointing.  Several different varieties of tomatoes were planted from seed in the greenhouse.

Unfortunately, the labels for the tomatoes were lost when they were transplanted, so it will be a surprise as to what will be the end result.

There are some heirlooms for sure, and possibly an early girl or two, and a French variety which I’ve been meaning to plant for a couple of years.  These have an oblong pear shape and some of the tomatoes that are yet to ripen seem to be of that shape.

The garden itself is somewhat large for 1-2 persons, about 65 X 30 feet, but only about 2/3 of the space is actually usable at this point.  The weeds and gophers have taken over the rest.

Veggies in the garden

Toward the end of August when this photo was taken, a string trellis was put up and edible pod snow peas were planted in the ground for a late fall crop.

Tomato in the Greenhouse (courtesy of J. Garretson photography)

And those sunflowers…..!  Just brighten up your day, don’t they?

Always wish I had planted more. 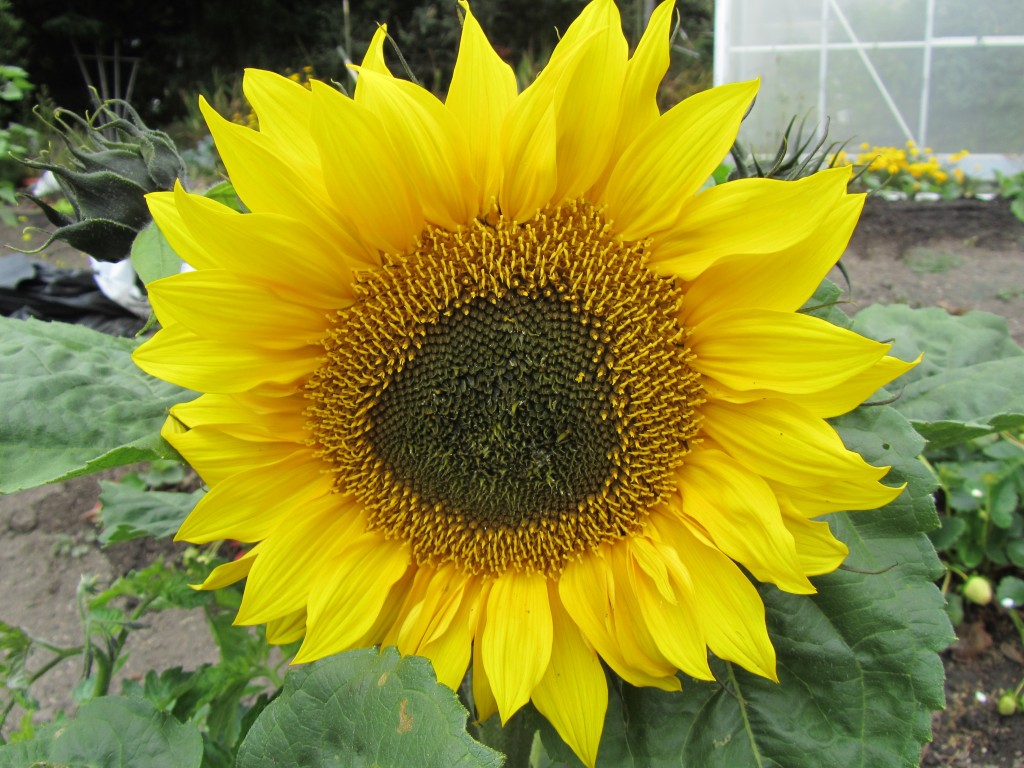